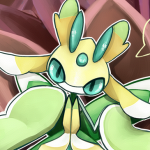 Donutwolf attempted to make some episodes, but most of them had been abandoned.

Donutwolf's first Super Mario Bros. X episode. The goal of each level is to collect each star for each level. (Much like SM64's Formula) Donutwolf stopped this project because he got bored of it.

Mario And The Cursed TempleEdit

Donutwolf's second episode. Its similar to Peachy Search, but you have to get the stars of each level. Its based on The Great Castle Adventure (TGCA). The plot of the episode is, that Mario enters into a temple that Bowser escaped to, and the temple is cursed. So Mario tried to save the Princess without being cursed. The project was abandoned because it was too long and lost it during a computer wipe.

Donutwolf's third episode and first collaboration with Fake Man. The episode's idea was great and pretty much like a cross-over episode. The game works like traditional Mario games, but with many unique levels. It uses the soundtrack to many Wii Mario games titles. It was stopped, because Donutwolf lost the episode source on his hard-drive.

Donutwolf's forth episode. It was a decent episode that was based on the first two episodes. Though, it was stopped because Donutwolf was bored working on it.

Donutwolf's fifth and current episode. Donutwolf planned this episode to be another "Power Star Collecting Episode". The main feature about this episode is that its gonna have some character-specific levels.

Donutwolf made a few games with the famous game building program Game Maker.

Pretty much its an extended/game version of Mark's platform tutorial. It had a plot, more levels, bosses, music, more enemies, and little Mario related stuff. It was a almost done, when it was abandoned.

It is a game I have not made so long and it is not so fun as your games (For Users) Maybe it is?" quoted from the Game Descriptions.

One of Donutwolf's crappy games, but somewhat popular.

Donutwolf is the first furry in the commuity. Not many people don't know why Donutwolf is a furry, but in the end its gonna sound like this story. Donutwolf had a dream around 2010's Spring Break, Donutwolf dreamed he was a furry creature and after the dream. Donutwolf was determined to look for clues, of his alter ego. Pretty much according to the clues, he was born in winter, and wolves live in the ice and mountains. The seccond clue is that, Donutwolf is pretty much alone in his room typing on his computer and yet Donutwolf wants to be alone. Pretty much it makes some sense at the end. After his dream, he was inspired to change his name and avatar. Pretty much Donutwolf was completely different after the dream. He had a seccond dream, but the dream was a riddle. Donutwolf can't remember what the riddle was, but it was something special to him.

Retrieved from "https://supermariobrothersx.fandom.com/wiki/User:Donutwolf?oldid=5050"
Community content is available under CC-BY-SA unless otherwise noted.